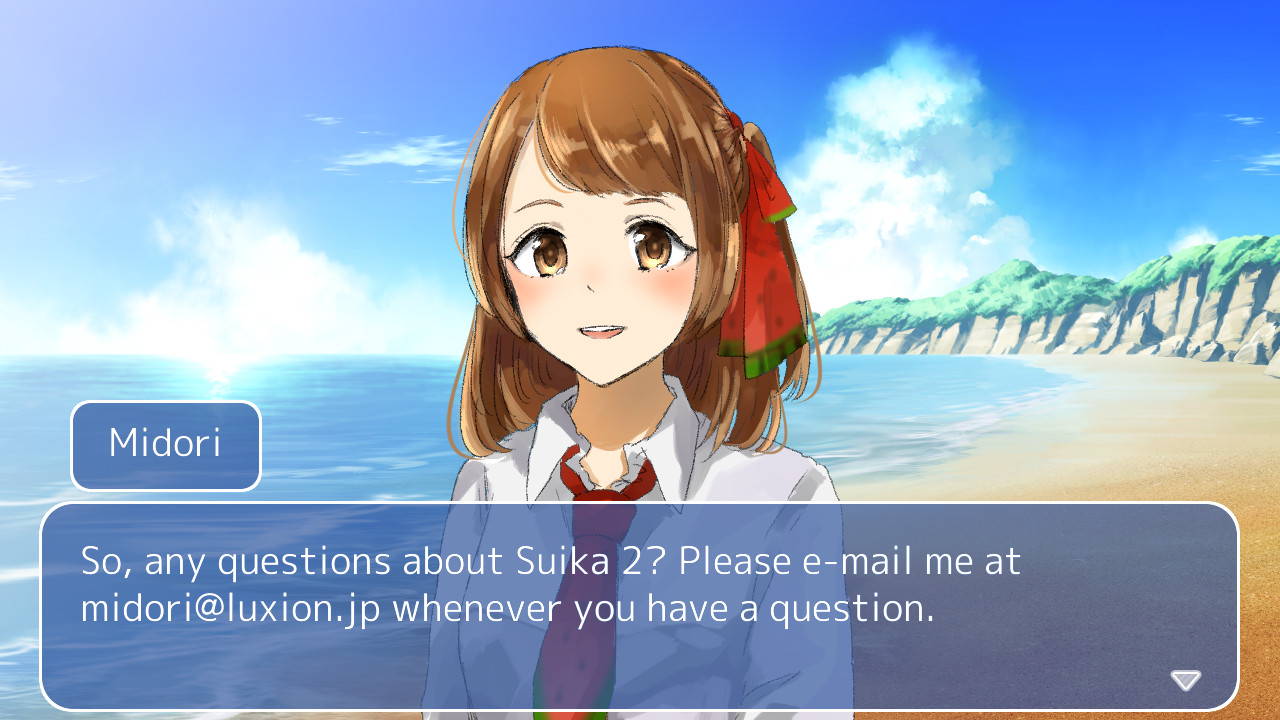 Suika2 is a portable visual novel game engine that runs on Windows, Mac, iOS and Android.
You can produce impressive visual novels using Suika2 - and have fun doing it too!

New feature!
"Suika2 Pro for Creators" is a visual debugger for Windows and Mac.
Of course it supports English.

You can deploy your game as a Web application using Distribution Kit.
Suika2 supports Chrome, Safari, Firefox and Edge.
On iPhone/iPad/Android, right click is mapped to two finger tap.

This software is released under the MIT license. You can redistribute this software commercially.